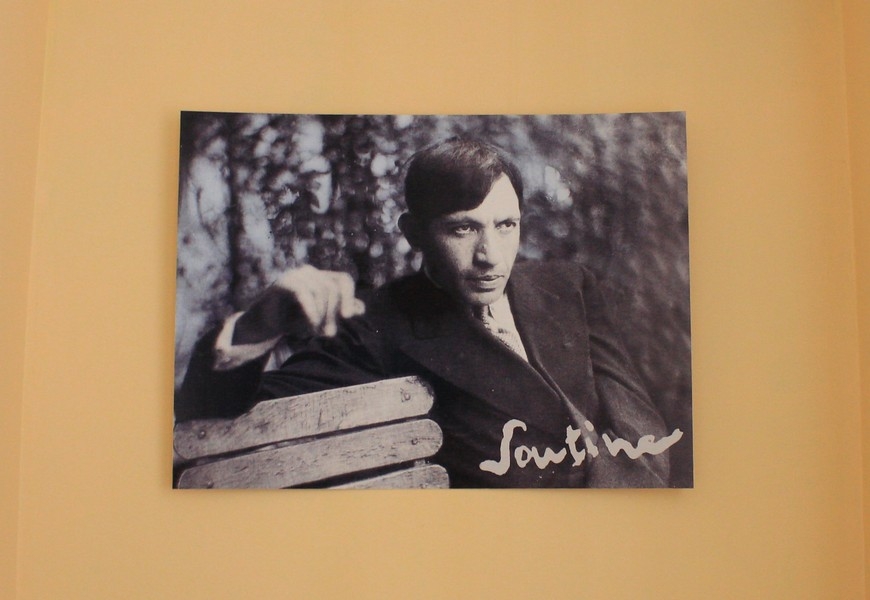 Ch.Soutine was born in Smilavichi in the family of a tailor. Chaim was the tenth of eleven children. The obstacle to studying painting, the passion for which possessed him since early childhood, was not only poverty but also inacceptance on the part of his orthodox surrounding of the very idea of painting a human being. For his attempt to paint a portrait of a local rabbi Chaim was brutally beaten by the rabbi’s nephew. Chaim’s parents took the man to the kahal court and used the money received as compensation to send their son to Minsk to study. In 1909 Chaim started his training as a photographer and at the same time attended Ya. Kruger’s private school of painting. There he met M.Kikoine whose parents decided to send their son to Vilna Art School of Drawing. Soutine followed him. After three years of studies at the School, in 1913 he joined his friend in Paris.

Both found shelter at La Ruche studios in rue de Dantzig, where many of the future world-famous artists (M.Chagall, P.Picasso, F.Leger) lived and worked, and where the School of Paris (L’Ecole de Paris) actually emerged. Soutine lived his first ten years in Paris in terribly poverty, for his paintings would not find any buyers. His almost only support was assistance from L.Zborowski, an art gallery owner, whom Soutine met through A.Modigliani. Those artists had been friends for many years. Modigliani’s works gained popularity only after his death in 1920. Soutine, however, met his luck in his lifetime. In 1922 a famous collector A.Barns acquired a great number of his works. That become a sensation and gallery owners started buying the artist’s works willingly, and their prices at auctions rose sharply. Exhibitions of Soutine’s works took place in New York, Chicago, and London. However well off, the artists still led a lonely life. During World War ll Soutine had to hide Nazis. He died in 1943 from ulcer of the stomach being unable to get timely medical assistance. He was buried at Montparnasse cemetery in Paris.

After the war the artist’s works became even more popular. His pictures are in the major museums of France, including the National Modern Art Museum (the G.Pompidou Centre), the Modern Arts Museum of the City of Paris, Tuileries Orangery, as well as in New York Museum of Modern Art, London Tate Gallery, in private collections of celebrities.

Many art critics view Ch.Soutine as one of the most original and impressive artists of the 20th century who influenced greatly, in particular American expressionists by his instinctive innovations and the magic of this work.